About us
OUR STORY

One of the Hexcyl founders, Garry Seidl, brother Andre and sister in-law Wendy commenced their family owned oyster farming business West-Eyre Shellfish in 1988 near Ceduna, 780km(485miles) west of Adelaide. West-Eyre shellfish has been operating for over 30 years growing Pacific Oysters for whole live domestic and export markets as well as on-grown stock to resupply other farmers for continuing grow out. West-Eyre Shellfish has grown from an initial 10 hectare site to 40 hectares(173 acres) in coastal waters south of the township of Denial Bay and St. Peter Island in the Nuyts Archipelago. West-Eyre Shellfish are regarded as one of the pioneering oyster farming businesses in South Australia and have been recognized as leaders in initiating and implementing research, development and adaptation of new and improved production methods and farming technologies for oyster aquaculture in this region.

A major problem for them was the thousands of broken Oyster Baskets and clips which were expensive and an environmental problem.  So a combination of dissatisfaction with durability of available Oyster Baskets and the desire to improve productivity on their farms led to the design of the Hexcyl Oyster Basket, delivering shellfish farmers a more robust Shelfish basket with up to 40% more productivity, resulting in improved stock quality and reduced operating costs.

The West-Eyre Oyster Farm has been the primary site for research and development of Hexcyl Baskets and Clips since 2006. 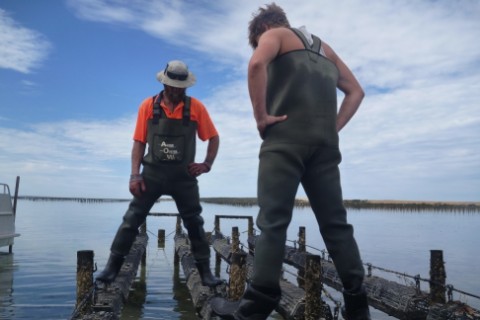 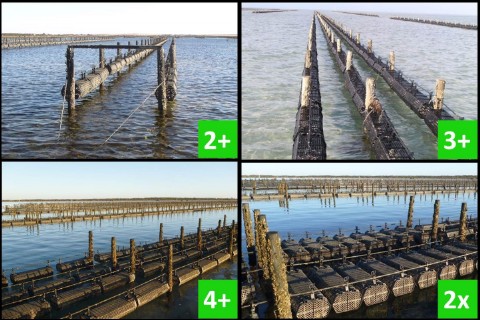